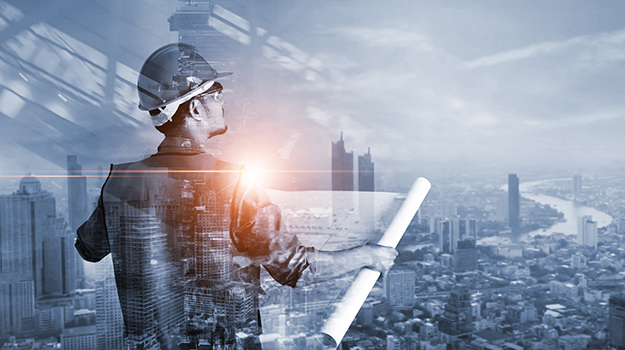 Los Angeles, Denver, and Houston still dominate the top 10 places to practice civil engineering. But two newcomers — Phoenix and Detroit — also made the list this year.

Again this year, Los Angeles, Denver, and Houston topped the list of cities in ASCE’s Best Places for Civil Engineers. Although they have exchanged places in the top three slots over the past three years, the three very different cities remain most appealing when considering salaries, job openings, and costs of living. 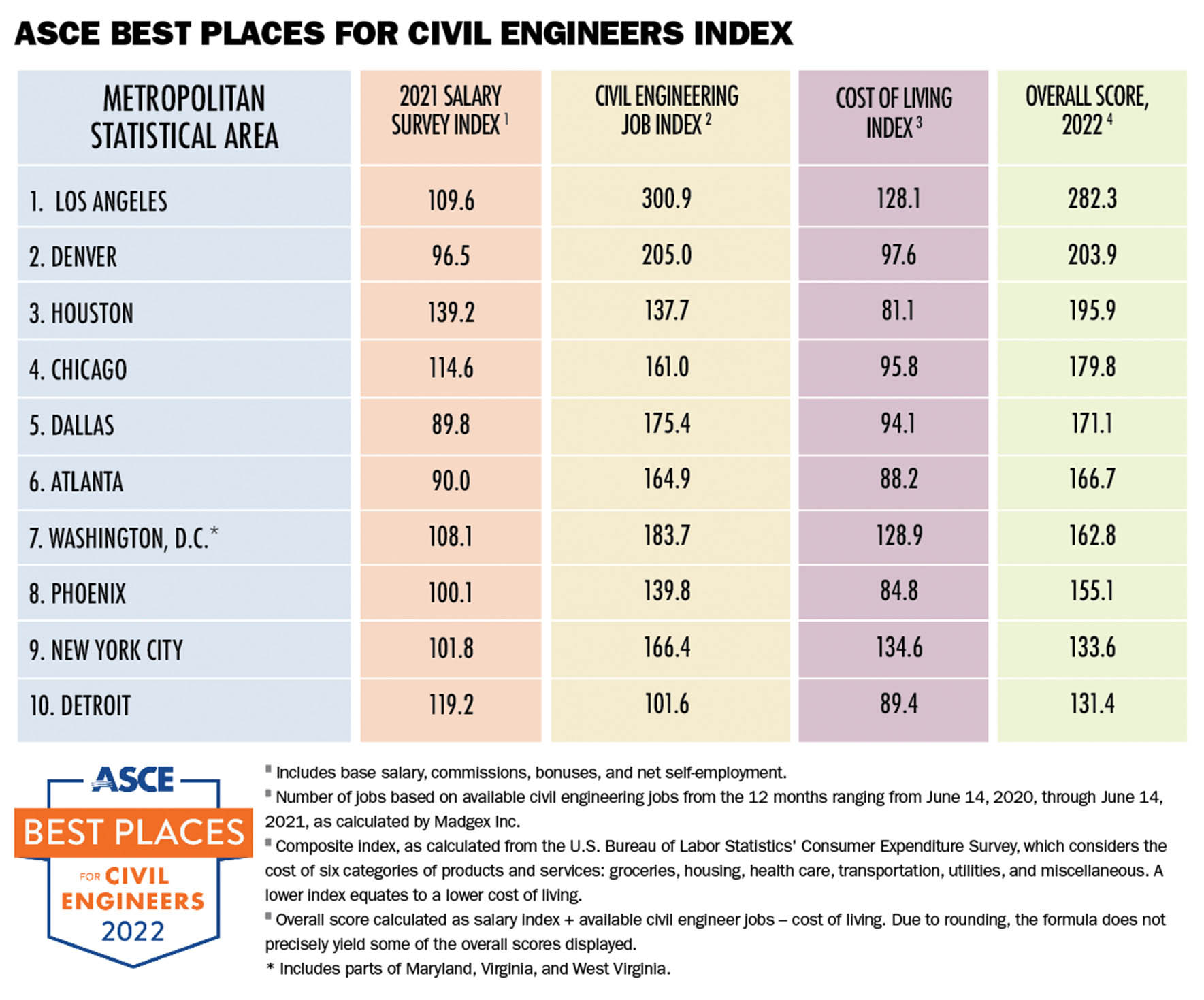 Los Angeles took the top spot this year for the first time. And two newcomers — Phoenix and Detroit — debuted in the top 10 list.

Each year, ASCE uses its exclusive salary survey data as the starting point for the Best Places report. Salaries are indexed and combined with job opening data, provided this year by Madgex Inc., of Hoboken, New Jersey. From this score we subtract an index indicating the cost of living in that city to arrive at an overall ranking. 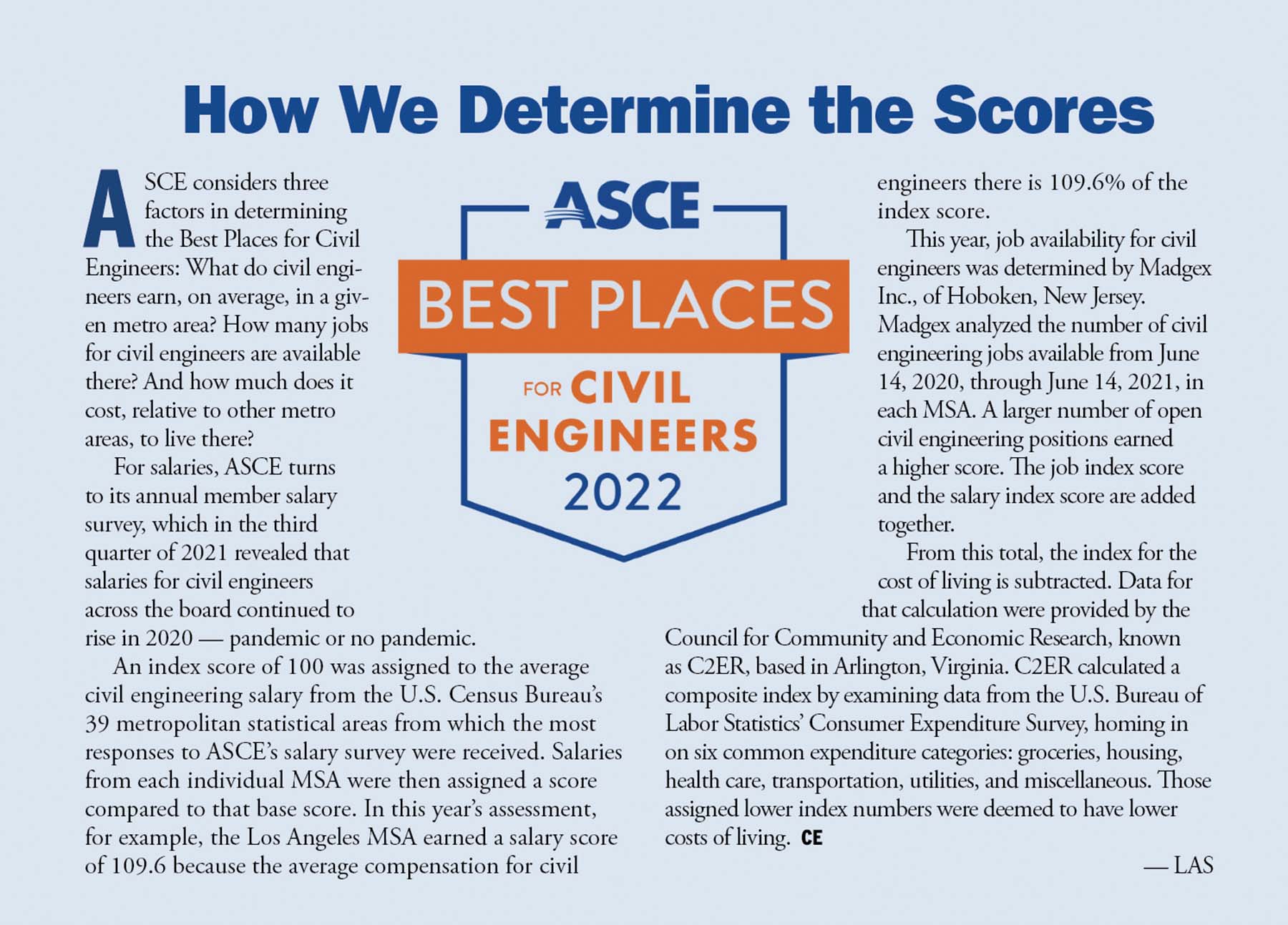 In addition to these metrics, the top cities have much to recommend them, according to engineers who live and work in those cities. Each has a variety of engineering projects underway and in the works in myriad civil engineering subdisciplines — and the Infrastructure Investment and Jobs Act is only likely to increase those levels of activity. (Read “New infrastructure law provides historic federal funding.”)